Points All Round gets the job done 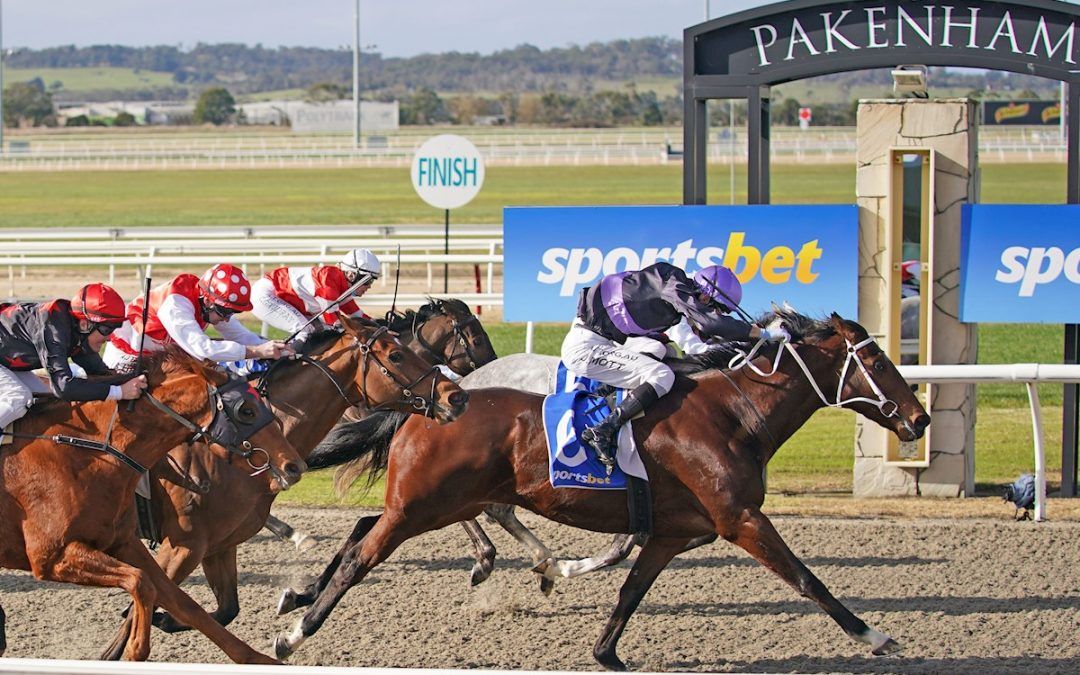 In only his third career start, Points All Round (PAR) stormed home for a gritty win over 1400m in a 3yo Maiden at Pakenham today. On the back of his impressive second over 1200m at this track 3 weeks ago, the team were confident the Nicconi gelding could go one better this start.

Although he settled in a tricky and unfamiliar position, Jamie Mott showed why he is one of the state’s leading jockeys and was able to get PAR in to the clear as they straightened. It took every inch of the straight but under hands and heels, PAR was able to run them down right on the line.

Still very raw and immature, and with a lot to learn, it was a hugely satisfying win for the team who have experienced many setbacks and mishaps with PAR over the past 18 months. Michael has always had a good opinion of the 3yo, however with an uncanny knack for finding bad luck, PAR has been plagued with illness and injury for much of his early career and his performance reflected this. Now fully fit and growing into himself, the team is hoping he can start competing to the best of his ability and continue to provide his very patient owners with something to cheer about.

It’s been a very consistent couple of months for MJM Racing. Our last 8 runners have produced 2 wins, 1 second, 1 third and 3 fourths with a win/place strike rate of 50%. And with some exciting 2yo’s deep into their preps, we are also hoping we can see them on the track over the next few months.